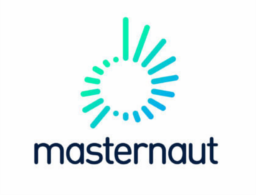 Masternaut is a telematics company specializing in fleet and asset management. Achieving recognition with Martin Port as CEO and featured as a 2015 UK Government Future 50 Tech Company and in the Sunday Times Tech Track 100, a list of the fastest growing UK technology firms, in 2007, 2008, 2009, 2010 and 2014. In April 2011 Masternaut merged with former AIM-listed competitor Cybit and is operating under the Masternaut name. The company is owned by Summit Partners and Fleetcor, following its acquisition from Francisco Partners in 2014. Masternaut has around 400 employees, based in the UK and France

Please use the form below and let us help you today!

Latest Posts from our Blog

The information on this page was manually gathered using publicly available information and is presented as-is for informational and research purposes only. Route4Me's internal team of analysts used all reasonable efforts to represent the information as accurately as possible to identify how industry leading telematics organizations are evolving. Route4Me may not necessarily have an existing business relationship or integration with all of the telematics vendors in this directory. If you believe that the information on this website is incorrect, please email [email protected] with supporting documentation so that we may resolve the discrepancy.
×